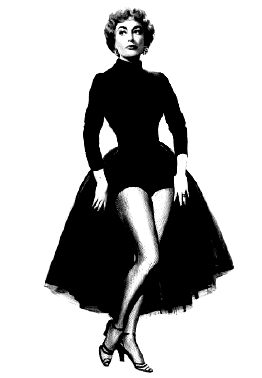 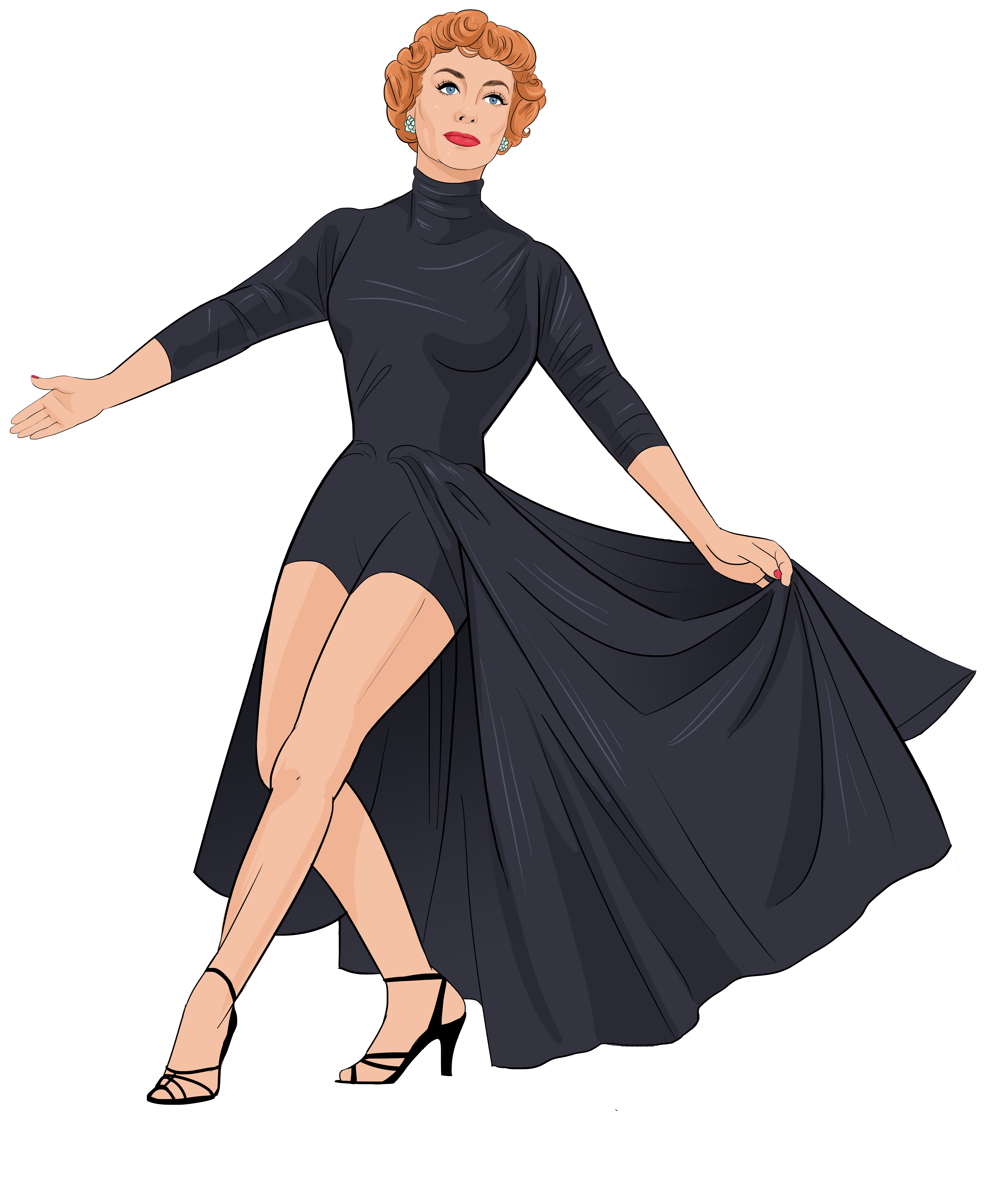 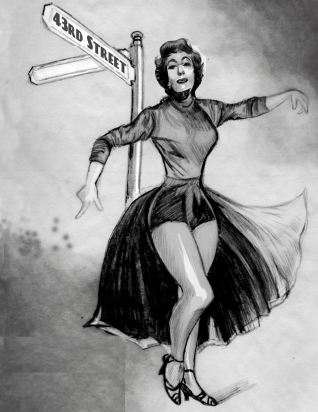 SCENE SEVEN - Outside the Theatre

SCENE NINE - Outside the Theatre

SCENE EIGHT -Outside the Theatre

43rd Street received a staged reading by Three Cat Productions in Chicago, IL.  This reading was part of the 2015 Next Draft Reading Series.

After a less than stellar audition, plucky Betsy Barker decides to leave her Indiana home and move to New York City to pursue her dreams of becoming a Broadway star. (1)  THEY ALWAYS PICK ON ME

When the world’s greatest director, Jefferson Bland holds auditions for his newest musical sensation, Betsy is offered a role in the chorus. As fate would have it, the juvenile male lead is suddenly unavailable to appear in the show. The chorus boys (Pete and Harry) recommend Dick, a talented member of their health club. (3)  I CAN ALWAYS FIND A LITTLE SUNSHINE (4)  REPRISE and he is immediately hired for the show.

At the first rehearsal, the cast is introduced to Penny Stuart, the Hollywood star and leading lady who happens to bear an uncanny (but masculine) resemblance to Joan Crawford. When Penny makes a hasty exit from the rehearsal, the chorus members (Harry, Peter, Fanny and Mona) express their feelings about the leading lady. (5)  SHE'S A BIG STAR.

When an additional body is needed for one of the numbers, Teenie happily steps in and joins the cast. (10)  MR. MOONMAN, TURN ON YOUR LIGHT.

11) ALL BY MYSELF  With these two major setbacks, the future of the show is in question and the curtain falls on act one.

While rehearsing with Dick, Betsy’s true feelings for him become obvious. However, Dick has feelings of his own. (14)  GEE, BUT I HATE TO GO HOME ALONE  (15)  REPRISE

On opening night and with the show a hit, Kathie is finally able to take her place center stage, where she leads the company in the happy finale. (21)  43rd STREET  (22)  REPRISE

43rd Street should have the timeless feel of a late night movie musical. The scenes should shift seamlessly and merge into one another with an almost cinematic quality. Some of the locations can be actual sets, while others can merely be suggested..

43rd Street received a staged reading by the Shawnee Playhouse in Pennsylvania in 2017 as part of their new play competition and was a finalist in their 2017 Original Playwrighting Competition.